Still here for another week! Almost becoming a habit now... 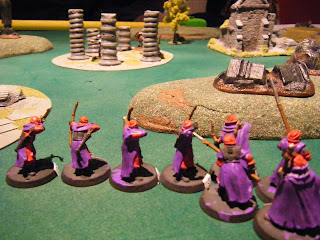 This week saw the Uruk Hai of James take on Bradleys Warriors of Harad. Unfortunately dice were involved so the Uruks were slaughtered... 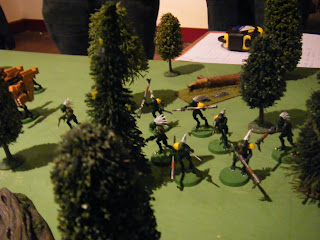 Simons Kroot lurk in the woods trying to figure out if the opposition is chaotic, mutant, Marines or not... 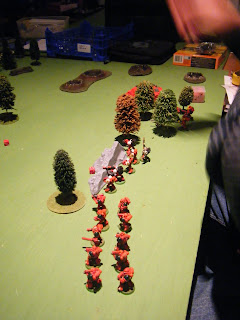 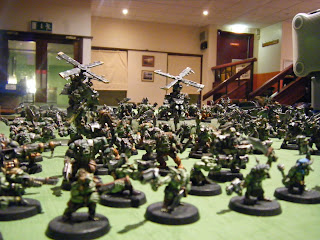 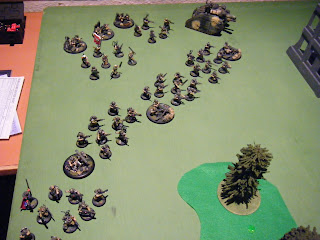 
Next week we have:

Something historical (probably to do with America)- Brett and Trainset

WWI Wings of War- Vince and Andy B

This weeks quote- 'We're going to need a bigger boat...'

Until the next time, Mick
Posted by Exmouth Wargames at 1:05 PM No comments: Links to this post

More pictures this week for you all! :-) 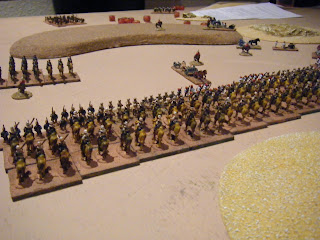 The Mad Mahdi's camel brigade charged the English line, but they stood firm... 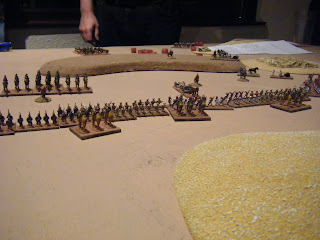 And this is the remnants of the camel brigade... Huzzah!!! 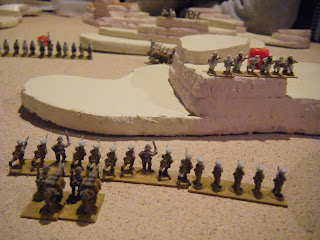 It seemed to be a troubling week for the British Empire as the Afghans had started as well... 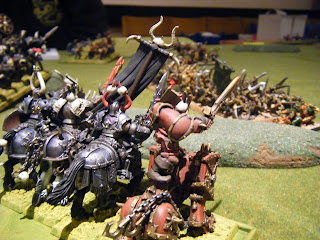 The Chaos champion realised that wearing full plate armour while riding a Juggernaut was maybe not such a good idea as metal conducts heat really well...

Next week we have:

This weeks quote- 'Want to know more?' (remember, if you know what film it is reply with a quote from the same film...)

Until next time, Mick
Posted by Exmouth Wargames at 11:56 AM No comments: Links to this post

Back again for a week or two before play is interupted again... 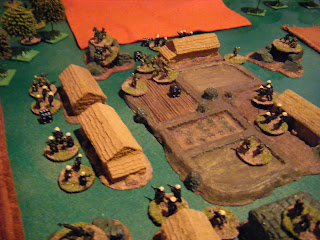 'Hey sarge are you sure this is the demilitarised zone...' 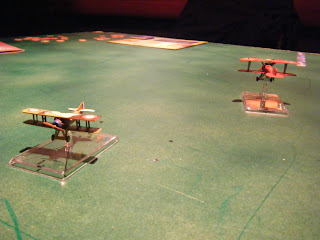 'I know he's around here somewhere...' 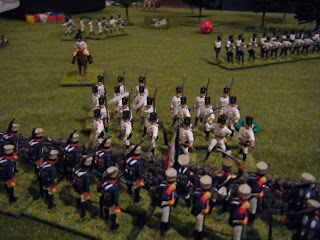 A welcome return of the Nappies! Is that Lord Flasheart leading the guys in white? 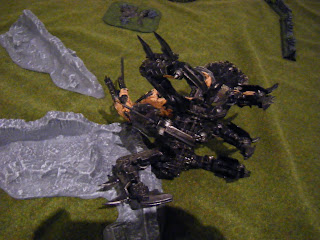 What do you get if you use a big mean looking creature in your 40k Daemon army?
SHOT!!! 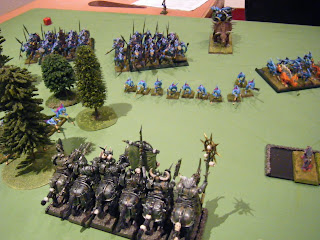 The forces of Nurgle decide to return Swine Flu back to where it came from...


Next week we have:

This weeks quote- 'Mine Fuhrer! I mean.. Mr President...'

Until the next time, Mick
Posted by Exmouth Wargames at 2:41 PM No comments: Links to this post

Can't get the staff these days...

Pictures for two weeks in a row! You are spoilt!!! 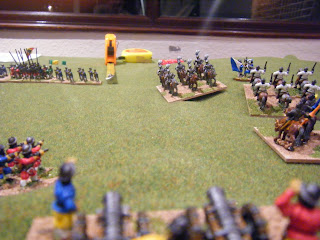 Here we have a view from the guns as those crazy Europeans try to decide who's religion is best, a case of 'kill them all and let God sort them out!' 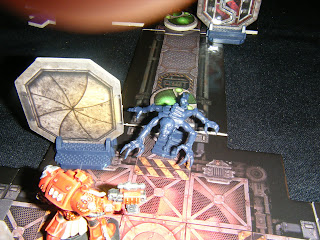 The terminator lined up his stormbolter, pulled the trigger and 'click'. Not a good time for it to jam!!!

Next week we have:

Thats it for this week. Work stops play again next week for me...
Til the next time, Mick
Posted by Exmouth Wargames at 6:14 PM No comments: Links to this post